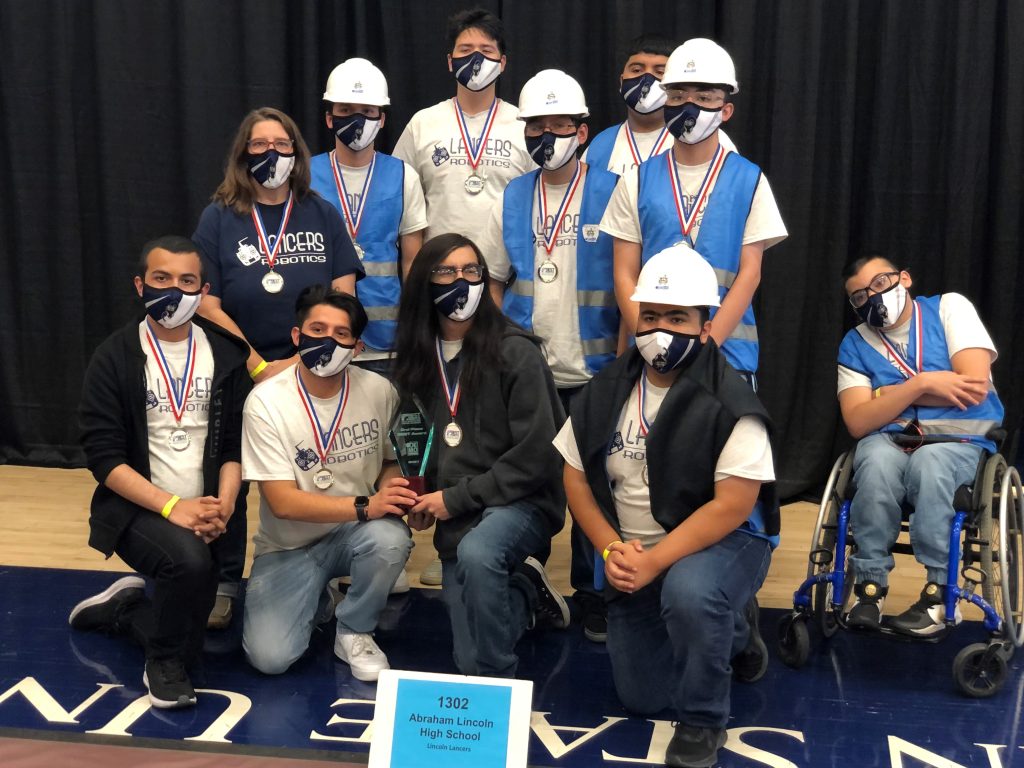 The big win came when they were recognized as the 2nd place overall BEST award recipients. They received a trophy and invitation to the Regional Competition. Only 3 teams from each hub are invited to Regionals.

2021 Lancers Robotics is led by Seniors Joel Angel-Solis, Joe Ontiveros-Rodriguez, and Eduardo Ramirez-Macias. Sophomore Gabe Herrera jumped into a leadership role with the marketing and promotion.

A big thank you to Elaine Giromini our Lincoln CTE Robotics Teacher for supporting our students though this awesome opportunity.